The Women Chemist Committee (WCC) is pleased to offer several awards as part of its mission to attract, retain, develop, promote, and advocate for women to positively impact diversity, equity, and inclusion in ACS.

The Merck Research Award, initiated in 2016, recognizes eight individuals in their 3rd & 4th year of graduate school with a research focus in Organic, Medicinal, Analytical, Chemical Biology, Computational and Structural Chemistry, or related fields. The students are expected to present their research at a WCC/Merck half-day symposium and are recognized at the Awards Symposium Luncheon and the WCC Luncheon. Awardees receive a $1,500 stipend to cover Fall ACS national meeting expenses. In addition, each awardee has an opportunity to be mentored by a Merck research scientist.

The Merck Research Award was initiated by WCC member, Ann Weber, and Rebecca Ruck, Executive Director of Small Molecule Process R&D Enabling Technologies at Merck. In addition to organizing a symposium which they felt would be valuable, they wanted the award to stand out, and as Becky says, “further amplify its outcome by assigning award winners a Merck Mentor”. The initial goal was to ensure the award winners received guidance for their talks and to foster a relationship between Merck and the winners. What began as a nice addition to the financial support for the students has developed into an invaluable part of the award today. We recently asked three award winners to tell us about their experience and comment on the mentorship aspect.

Beryl Li, a 2021 award winner, told us that after she won the award, she began meeting with her mentor Jenny Obligacion monthly. They talked about her symposium presentation and Jenny discussed her experiences in industry and how she made her own decision to go to Merck. Their chats about the difference between medicinal and process chemistry helped Beryl make up her own mind about where she wanted to apply. Jenny also assisted Beryl in her practice job talks. Beyond the science, Beryl says they shared stories about their responsibilities as scientists, such as mentoring, organizing lab events, and outreach. Beryl feels that Jenny was a significant factor in her decision to work at Merck starting next year.

They continue to meet monthly even after the ACS symposium.

Stephanie Hare, a 2017 award winner, tells us that the mentor program was less structured then but still highly valuable.

As a computational chemist, Stephanie knew very little about job careers in big Pharma. She was impressed and pleased that her assigned mentor was someone with experience in her field. She felt that it was valuable to connect in person with all the award winners and her mentor at the national meeting during the symposium and the networking luncheon events.

Another 2017 award winner, Samantha Shockley, also joined Merck after she won the award. Samantha told us that her mentor, Rebecca Ruck, was very influential in her decision to join Merck. In addition to helping her prepare for her symposium talk, Rebecca provided advice on job searching and explained the different careers at Merck. While Samantha was impressed with the opportunities she could have at Merck as a scientist, her conversations with Rebecca about Merck’s commitment to women in science and support for the Merck Women Network solidified her decision to join Merck.

In 2021, Samantha paid it forward by becoming a mentor to one of the 2021 winners. She also told us that there are three Merck Award winners currently employed by Merck, all at the San Francisco facility.

WCC is looking forward to continuing its collaboration with Merck for years to come and expresses deep appreciation for the financial support as well as Merck’s dedication to diversity and inclusion in science. 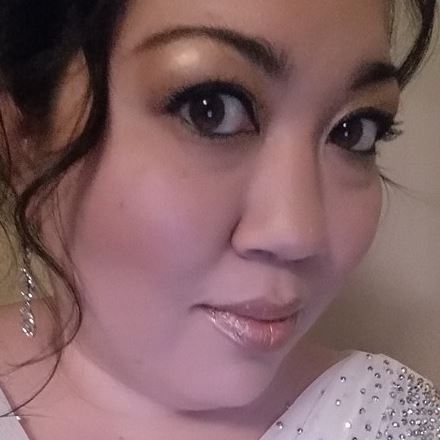